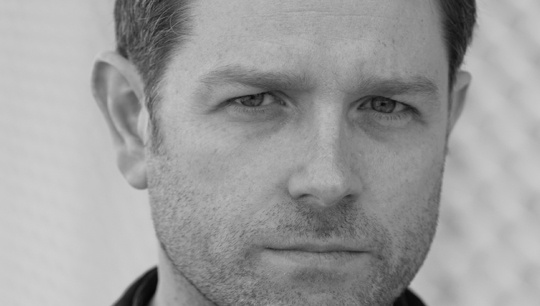 Director, playwright and actor Matthew Dunster is best known as the director of Bruntwood Playwriting Competition winner Mogadishu, the National Theatre’s Love the Sinner and The Globe’s Doctor Faustus, and he is currently directing The Maddening Rain (pictured below) at Soho Theatre. He talks to Catherine Love about juggling disciplines and how he fell in love with theatre…

When did you decide you wanted to work in theatre?

I think I knew from the moment I got on stage – I know it sounds a bit romantic. I was always in and out of trouble for one thing or another when I was at school and it actually got quite messy. Then a very clever teacher asked me to be in Kes and I got to play the bully, so I didn’t feel too exposed. I just remember looking down at my foot when I was on stage one night, I was looking down and sort of twisting my foot on the stage, and all the other kids were just stood still. Then I thought, “I’m good at this”. That was it really, that moment. I just wanted to do it because I thought I’d found something that I was good at.

You’re known for acting and writing as well as for directing. Which came first?

I suppose the acting – I trained as an actor – but I’d always written little bits of plays when I was at school and college. Actually, when I was at college I wrote a play and entered it for a competition at Contact Theatre in Manchester. It won and the prize was a professional production, so my first proper gig was as a writer, but I really came out of college as an actor and that was what I pursued.

I try, as much as I can afford to, to go where the most interesting work is. It’s like the three disciplines are runners on a track and different runners are ahead at different times.

How do you think that the three different disciplines feed into one another?

I particularly hope that the experience of directing might make me a better actor. I’m constantly asking my actors to be simple and do less, not to overcomplicate things, so the few times that I’ve acted over the last few years I hope that I’ve simplified my approach to acting.

Do you direct your own plays?

I’ve got a show of mine on at the Almeida which I’m not going to direct, so that’s going to be really interesting for me. I had to get my confidence back as a writer before I felt that I could pass my plays over to other directors. I used to prefer directing my own work, but I think that when you’re writing for yourself you’re a little bit careful. It’s hard to know if you take risks and if you’ve got the objectivity to keep an eye on it and make sure it doesn’t get out of hand. The play I’ve written for the Almeida, Children’s Children, is the biggest and most unwieldy play and certainly the most political play that I’ve written, so it was important that I got somebody else to make sure it’s guided home safely.

Your latest show, The Maddening Rain, comments on the recent banking crisis. How important do you think it is for theatre to respond to current events?

I don’t think it’s crucial, but I think that it always happens. Whenever you’re working on a play, you always feel there’s something in it that reflects what’s going on in our current world. But there’s an added value with this play in that it sets out to take on a subject that is right at the forefront of all our discussions at the moment.

Do you have any tips for aspiring directors, actors and writers?

I would just say do all three and be a doer. Try to find a way of making sure you’re always doing, because a lot of writers, actors and directors spend the majority of their time in a state of unemployment. It’s so hard to crack it, but the only way to get good is to just keep doing it.