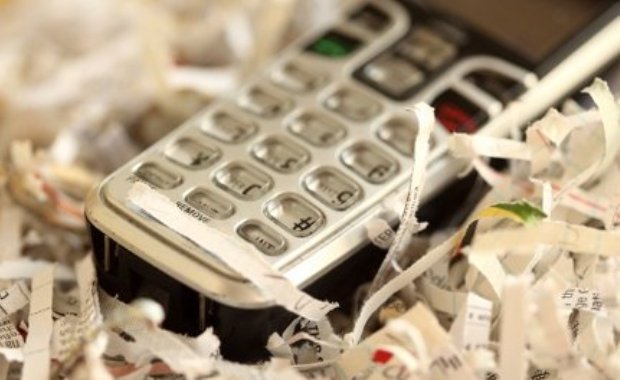 I think most of us can agree that, when it wants to, theatre as an art form is pretty good at responding. A response can, of course, mean many things, from passive acknowledgement to probing investigation to active retort. Think only of the Tricycle Theatre’s renowned verbatim plays, the most recent example being its analysis of last summer’s riots, or of the nationwide movement initiated by Theatre Uncut following the coalition government’s Spending Review. One thing that theatre is generally considered to be capable of doing and doing well is responding to the world around us.

But I wonder if sometimes it is responding merely for the sake of responding. This is not a thought that has newly occurred to me; I’ve written in the past about the ways in which theatre responds to current events and about whether it exploits topical subjects to create intriguing drama. In that case I concluded that while there may be different ways of writing in response to current events and issues, there is not necessarily anything wrong with using these as a creative springboard and that in fact it can result in thought-provoking, compelling plays. What if, however, self-labelled ‘topical’ theatre is not really responding at all?

I quoted Simon Stephens’ Bruntwood Prize launch speech in that previous article, but it is worth referencing again, not least because Stephens speaks extremely articulately about his craft and about the wider world of theatre. In a climate where theatres could very well take a ‘more tentative approach to programming’, Stephens sees the Bruntwood Prize as an opportunity for playwrights to write those challenging, truly responsive plays that might not otherwise get heard, describing the competition as ‘a clarion call to all playwrights’.

Perhaps the same clarion call ought to be extended to the theatre industry as a whole. It is undoubtedly a difficult time and despite the many challenges faced by the sector there are still lots of interesting, responsive conversations going on. But my worry is that some theatre which is masquerading under the guise of being incisively topical really has little new to say and that its connection to current affairs is being used as a sort of self-congratulating mask (or, if I was to be particularly cynical, that it is piggy-backing on sensationalist hype).

The one current issue that particularly sparked these thoughts was the Leveson Inquiry and the debate about press practices that continues to rumble on. While theatre was extraordinarily speedy in formulating responses to the spending cuts and the summer riots (in the case of the latter, it was quicker even than any official response), the reaction to the phone-hacking scandal has been sluggish by comparison. Although Theatre503’s Hacked and now a revival of Doug Lucie’s media corruption play The Shallow End at the Southwark Playhouse have seized on the subject matter, we have yet to see anything vaguely resembling a full dramatic dissection.

Hacked was perhaps, ironically, hampered by the rapidity of its conception. Put together in the immediate aftermath of the phone-hacking scandal, it used the provocative and novel (if slightly gimmicky) idea of hacking the phones of six volunteers to create six short plays. The brief to the playwrights was vague, but this was a piece that, by the free admission of its curators, did not want to deal too directly with the causes and ramifications of a scandal that was still emerging.

This reticence to begin heavily analysing an issue which was still very blurred is wholly understandable, but there is an argument that this piece of theatre might have been more valuable had it waited a little longer. That said, some of the short plays did grapple with the troubling implications of the News of the World fallout, particularly Matt Hartley’s satirical take on the dangers of interpretation and Dawn King’s entertaining consideration of privacy. Unfortunately, there was a far from consistent focus and an overall sense that this was skirting around the big questions.

The Shallow End, meanwhile, is clearly a different matter, having been written in 1997, long before the phone-hacking revelations. However, I wonder what the thought process was behind reviving this now, aside from its obvious resonance with today’s press. Yes, Doug Lucie’s satire predicted the media corruption that has now been exposed, but it reveals and asks very little about its causes. As I put it in my review, this feels like ‘sloppily topical programming’. The intention behind the revival is understandable, but its effect is ultimately disappointing.

What would be truly interesting, and what theatre has the capacity to do in a way in which other forums don’t, would be to get to the real crux of the matter, the deep-rooted causes behind the faces that get slapped on front covers. What is it that convinces an ordinary person to brutally invade the privacy of another individual? What is the psychological need that drives the insatiable demand for tabloid gossip? The phone-hacking scandal is a frightening phenomenon because so many people are so complicit. This is not just about headlines; this is a deeply human issue that could be intelligently explored by one of the most human of all art forms. But perhaps the play that really scrubs away at the grime to get to the heart of the issue is just too challenging for today.

Returning once again to Simon Stephens, the playwright recently claimed that the recession has made British theatregoers more conservative. Speaking to Aleks Sierz for Theatrevoice, Stephens said: ‘I think people’s taste for theatre, in the past three years, has shifted more towards the commercial and the accessible’. Maybe, in the end, it is this shift in attitude that we have to thank for all this dancing around the real issues. Has the recession and growing conservatism among audiences resulted in an appetite for the topical without the challenging?

One thought on “Topical or Typical? Responsive Theatre Programming”