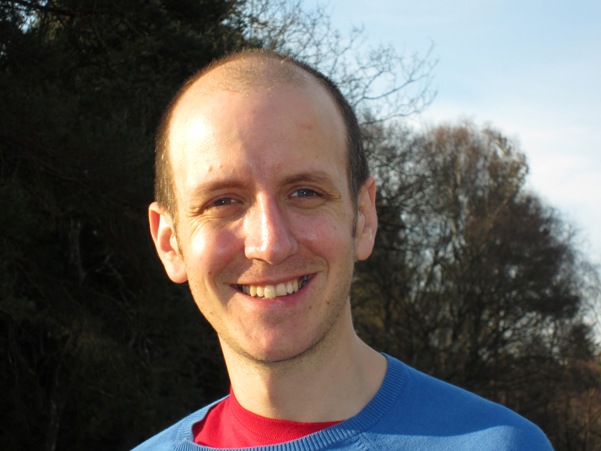 One of the first things to emerge from conversation with Jack Thorne is his compulsion to multitask. “If I’m not working on at least two scripts at once then I stop sleeping,” the playwright and screenwriter tells me, his voice charged with a jittery energy that makes this easy to believe. The circumstances of our interview are testament to this need to always have more than one project on the go: Thorne is speaking to me over the phone from the set of his latest film in Majorca, while he prepares for the start of rehearsals for his new play.

“If I’m working on just one thing I’m not a good writer,” he says by way of explanation. “When I run into problems, the scene that won’t end or the element of the story that won’t make sense, I’ll just spend a week walking around my house. To be able to swap onto another project and go ‘I know how this works’ saves me every time.”

Multitasking has also informed Thorne’s diverse writing career, which spans from television dramas such as This is England and The Fades, both of which won him BAFTAs, to a recent adaptation of Friedrich Dürrenmatt’s The Physicists for the Donmar Warehouse. “There was no deliberate plan,” Thorne admits of his career path, “it all just sort of tumbled out.”

It is almost impossible to discuss Thorne’s career trajectory without mention of the small phenomenon of Skins, for which he was one of first writers to be recruited by creators Bryan Elsley and Jamie Brittain. While Thorne is immensely grateful for this experience, describing Elsley as “generous and brilliant”, the show’s popularity inevitably meant that it became attached to his professional identity. “There was a while when it was just Jack Thorne, open brackets, Skins, close brackets,” he laughs.

Thorne has since been able to break away from this exclusive association, partly through screenwriting departures, such as his segue into the supernatural genre with BBC Three series The Fades, and partly through his work for the stage. Although one of his earliest writing experiences was the Royal Court Young Writers’ Programme, Thorne continues to find theatre the toughest of the mediums he writes in: “I find that if I’ve been writing a lot for telly or film and then I try to write for the stage I really can’t do it, I can’t remember how it works.”

This difficulty was intensified during the writing of his latest play, Mydidae, a commission by new writing company DryWrite that issued Thorne with a peculiarly specific demand. “They just said we want to do a one act play in a bathroom, what have you got?” The result, premiering at the Soho Theatre in December, morphed into a full-length two hander that Thorne found “somehow liberating” to write. As he speaks about the challenge of adapting Dürrenmatt – “the extraordinary thing is that the more you unpick him the less you realise you can unpick him” – and admires Alan Ayckbourn’s tactic of setting himself rules before writing, Thorne creates the impression of a writer who thrives under creative constraints.

This makes his latest project with DryWrite a perfect fit. As a writer acquainted with film and television, which offer the constant possibility of cutting away to sustain narrative dynamism, the charge to confine a whole play to any one room is a challenge for Thorne, but the bathroom is a particularly tricky space due to its inherent echoes of loneliness. “It’s a place you go to on your own,” Thorne says, “you don’t really share it”. To negotiate this difficulty, he has filled the space with just two people, a couple in the throes of a nightmarish day whose relationship “builds to a pitch”.

Alongside the specificity of the setting, Mydidae has also offered Thorne the opportunity to write for a particular performer, DryWrite’s co-artistic director Phoebe Waller-Bridge. Describing that process, Thorne speaks of Waller-Bridge’s “rhythm”, a word that repeatedly peppers his understanding of writing for theatre. “She’s not quite Christopher Walken, with that level of distinctive rhythm, but there’s a sort of joy to how she talks and trying to capture that rhythm was a great thing.”

This habit of speaking about theatre like a musical score suggests a certain sensitivity to the idiosyncrasies of playwriting, a sensitivity perhaps informed by the contrast with his writing for the screen. This sensitivity is contradicted, however, by a confessed inability to think about an audience’s reaction while writing. Recalling an interview with screenwriter Melissa Mathison, Thorne mentions her working relationship with Steven Spielberg, who would constantly be asking her about the experience of the audience. “That’s why he’s such a genius,” says Thorne with almost boyish admiration. “I don’t have that ability, I don’t think about an audience reaction. Instead it’s what I’m thinking, what I can see, what that feels like.”

It’s a quiet undermining of his way of working that is typical of Thorne’s tone throughout our discussion. Despite his clutch of writing awards and his current foray into film with an adaptation of Nick Hornby’s novel A Long Way Down, the writer often comes across as tentative, grateful for but slightly baffled by his own success. Ultimately, Thorne suggests, his fierce work ethic is simply a way of restoring self-esteem.

“Some writers are blessed with real confidence in what they do and how they do it. I don’t really have that, so I need to be able to restore my confidence at regular intervals – almost daily,” he says. As well as fighting insomnia, “having two projects on the go at once is a way of doing that.”