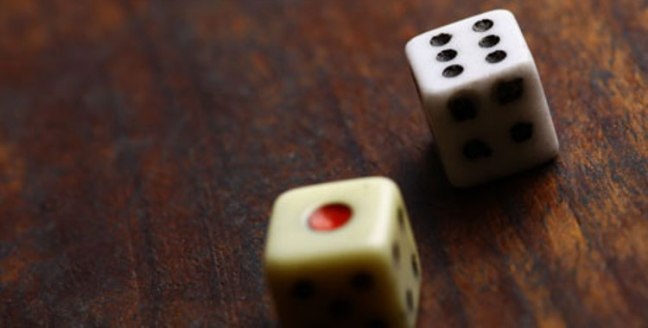 Risk is a word that regularly gets aired in arguments about the arts. We talk a lot about risky work, about venues and companies taking risks, about the current economic environment making many organisations risk averse – but it’s rare that this vocabulary is used in discussions aboutaudiences. At a time of punishing austerity and squeezed budgets, what do theatremakers ask audiences to risk when persuading them to buy tickets to their shows?

This question is particularly pertinent for touring companies, many of whom are struggling to reach and engage with audiences through the current touring model. As lots of these theatremakers recognise, touring is challenging, not least because of the limited time spent in each of the areas they visit. Without the time and resources to build a deeper engagement with local audiences, touring companies demand even more risk on the part of the audience than their building-based counterparts.

However, as a number of new initiatives funded by Arts Council England’s strategic touring programme are exploring, there might be ways for these companies to reduce the risk involved for their audiences without having to become artistically conservative.

One method is that of the tried and tested. “The things that are doing well anecdotally are things which have known writers and known faces,” explains Caroline Dyott, associate producer at English Touring Theatre (ETT), who also notes that audiences are “booking later so that they can take less of a risk on something”.

Picking up on this trend, what ETT hopes to do through its National Touring Group is to offer audiences large-scale, ambitious work that has already been successful elsewhere. Instead of offering famous names, it is saying to audiences: “Look at all these quotes and star reviews; this is taking away this element of risk for you.”

There is also room for improvement in the ways in which theatremakers connect and communicate with their audiences. This can be as simple as ensuring that the work is being taken to the right people. Ed Collier, a producer at China Plate, says that “touring and making for us are always completely intertwined … right from the start of the making process we’re already thinking about the audience and how we’ll reach them, through whatever dissemination or touring model that might be.”

As well as targeting appropriate audiences, another way of breaking down the sense of risk is to adjust the way in which work is discussed and marketed. “There are some pretty simple things we can do, like looking at the language we use,” suggests Gavin Stride, director ofFarnham Maltings and a key figure behind touring consortium House. “What [companies] might think makes their show sound esoteric and clever in their world isn’t necessarily the same language that needs to be used to get a show to an audience.”

Reducing perceived risk for audiences can be as simple as building familiarity through return visits. “Most of the venues that we talked to said that returning companies do better,” notes Hanna Streeter, an assistant producer with touring company Paines Plough. “It’s about building that relationship up with the audience and returning, which is what we’re trying to do.”

Taking this one step further, Fuel’s New Theatre in Your Neighbourhood project is reaching out to form deeper connections with each of the areas it visits. The idea is to establish a relationship with the producers, allowing audiences to take risks on new work because they trust that Fuel will give them a good night at the theatre.

As co-director Louise Blackwell explains: “When we return to each of these places, we hope that people there will have made a connection and will maybe have been to see one of the shows and say, ‘that’s by Fuel, I don’t know this new artist that they’re bringing, but I’m going to go because it’s a Fuel produced event’.”

The approaches differ, but it is all about building a sustainable audience base for future work. “It’s got to be about audiences,” says Collier, “so it’s got to be about finding ways of making theatre more popular.” Streeter stresses that Paines Plough’s work is essentially about “trying to develop audiences’ taste for new work”, while Dyott agrees that ETT’s key aim is to create an audience that will outlive the length of this project.

As Fuel is keen to emphasise, the fruits of this labour could offer benefits for the whole theatre ecology. Speaking about the company’s aim to grow a wide community of audiences who trust and return to the Fuel brand, Blackwell adds: “We hope that by having a deeper engagement with the people that live in these places that will be possible, not only for what we produce, but for the wider theatre landscape.”