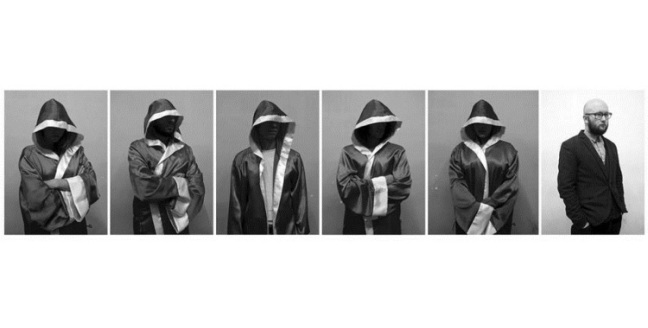 Just take a stroll down the Royal Mile and you quickly notice that competition is right at the heart of the Fringe. Flyerers trip over one another to slap their leaflet in your hand, performers all fight for attention and the ultimate prize is the five-star review. Like it or not, there are winners and there are losers.

For two shows at this year’s festival, that competitive element is dragged into the foreground. Made in China’s new show Gym Party, a dark and funny dissection of the desire to win, describes itself as a “three-way battle to the death” between its grimly competitive trio of rivals. In Fight Night, meanwhile, regular Fringe provocateurs Ontroerend Goed pit five performers against one another in a popularity contest where the audience have the final say.

“People have always been competitive and competition is not an inherently bad thing,” says Jess Latowicki, one half of Made in China. What she and fellow theatre-maker Tim Cowbury are troubled by, however, is the extent to which competition now drives our society. “It’s a mindset that has brought the world to its knees in the last few years,” Cowbury observes, pointing to the failure of free market competition in the financial crash and subsequent recession.

While Made in China’s starting point was politics, and in particular David Cameron’s “aspiration nation” speech, Gym Party draws on myriad types of competition. “When you say you’re making a show about competition, people are like: ‘what do you mean?’” Latowicki laughs. “It’s a really, really big topic.” Not aiming to focus on any one type of competition, the show instead critiques the underlying desire that drives it all, bringing in references to everything from competitive sport to television gameshows and talent contests.

Like Gym Party, the initial inspiration for Fight Night was political. Reflecting on the situation in his home country of Belgium, Ontroerend Goed’s artistic director Alexander Devriendt was struck by how far the cult of personality could sway elections and found himself wondering if it might be possible to explore these impulses in a theatrical setting. “I wanted to see what happened if I left behind all party colours and society issues,” Devriendt explains. “What if I take them all out, what do you vote for then?”

The resulting show fills the stage with five performers—or “candidates”, as Devriendt refers to them—who must persuade audiences to keep them in the game. Voting decisions are made based on “their presence, what they believe in, how they look, how they sound”, with Devriendt emphasising that the performers are playing versions of themselves rather than defined characters. Perhaps because of this, there is a genuine desire to compete. “The actors who perform in the show all want to win, because if they don’t win they’re out,” says Devriendt. “I like this real drive of the actors – they really want to perform and they want to win you over.”

The structure of different rounds and the very real element of competition bear certain resemblances with Made in China’s show. As it stands—Latowicki and Cowbury are still in the final stages of making the show when Fest speaks to them—Gym Party moves through three distinct phases of competition. The first offers a playful take on sports day, with performers competing in a series of silly physical tasks, while the second section moves into what Latowicki calls “subjective competition”, asking the audience to become the arbiters. In the third and final segment, the piece takes a dark turn.

Through this grim and admittedly “nasty” material, Gym Party asks just how far we will go in order to win. But Latowicki stresses that what they show the audience is no more shocking than the world around them. “These things happen,” she says. “People are horrible to each other for the sake of getting ahead, and all we’re doing is taking things from real life and framing them in a way that allows the audience to go ‘oh shit.’”

Similarly, Ontroerend Goed hope that there will be a darker political resonance to the competition in Fight Night, unveiling some of the motivations that trigger us as voters. However, it is important for Devriendt that this interpretation is never explicitly defined. “You can see it as a game, but you can see it as a metaphor for what you want,” he says. “I try to leave that open.”

Latowicki and Cowbury agree that they would rather leave the conclusions up to their audiences. “Some people want shows to give answers, but we’d much rather ask questions,” says Cowbury. “Our job is to provoke people to think about things they might not otherwise think about, or challenge their preconceptions and unsettle them.” He pauses. “As well as entertaining them, of course.”

One thought on “In It To Win It”