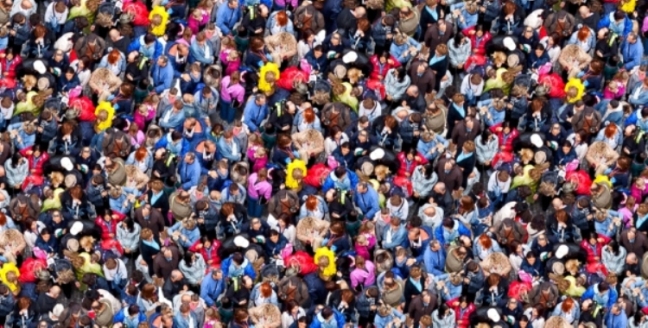 “We all want to connect, I think,” Richard Dufty muses as we chat in one of Battersea Arts Centre’s many cosy, secluded corners. The last time I was face to face with Dufty was in his company Uninvited Guests’ show Love Letters Straight From Your Heart, as he shook my hand and offered me a glass of sparkling wine on the way into the performance. Now, in a new festival of intimate storytelling, the senior producer at BAC is interested in interrogating just those kinds of theatrical encounters – the moments where the mask slips and a more genuine connection between performer and audience member might just be possible.

“A lot of the performance that we’re interested in here is performance that is reaching for the real,” he says, quickly adding, “whatever that means.” Dufty and his artistic colleagues at BAC are fascinated by “the power of directness and honesty and immediacy”, a power that they have explored through a number of building-wide projects. The One-on-One Festivals in 2010 and 2011 questioned the nature of theatre and the relationship between performer and spectator, offering a series of encounters that shifted participants’ perspectives on the theatrical event. In BAC’s latest foray into intimate performance, however, Dufty and his co-producer Rosalie White are also interested in the intimacy that might be possible between audience members.

“There’s so much talk about the kind of community that you can get in an audience and what happens when you experience things together, and often it feels like a load of guff,” Dufty says frankly. By shrinking this down to an audience of two, the 1-on-1-on-1 Festival will go beyond this empty rhetoric and look at “the intimacy in what happens in a very small audience”. Each audience member will experience the event in the company of a series of strangers, entering each encounter alongside another person. The hope is that this will foster a closeness that is usually absent from larger performances; as Dufty points out, it’s hard to ignore your fellow audience member when they are the only other person in the room.

Another shift from previous One-on-One Festivals is in the nature of the encounters themselves. Rather than commissioning professional artists to create work for the 1-on-1-on-1 Festival, the theatre issued an open call for Londoners willing to share their stories, receiving over 100 responses. Dufty explains that the reasoning behind this approach was driven by the same desire to strip away layers of artifice from the theatrical event.

“There is something exciting about people who are not necessarily trained performers telling their stories,” he suggests. “If you’re interested in the frisson of something feeling like it’s actually happening there and then rather than being perfectly rehearsed, then there’s something to be said for not always working with professional performers.” There was also an attempt on the part of the theatre to tell the stories that we might not usually hear. Dufty recognises that the life experiences of those who make and regularly attend theatre at a venue like BAC are likely to be fairly similar; he and White wanted to open the building up to other stories, issuing an invitation to “come look at the rich variety of lived experience just in this one city”.

And the city itself is key. While the original focus was on stories rather than on place, Dufty and White soon discovered that the narratives they had collected from Londoners were all “saying something quite beautiful about this city”. In a sprawling metropolis where we usually avoid meeting each others’ eyes at all costs, London Stories forces us to take a closer look. Dufty is not expecting audience members to leave and immediately strike up conversations with strangers on the Tube, but he does hope that “you can at least wonder what their back story is, where they come from, how they came to be here, and what happiness and sadness and hope and tragedy is in their lives.”

The festival’s relationship with its city extends to its layout within BAC. The “building-wide adventure” will take audiences on a labyrinthine journey through candlelit rooms and corridors, dimming the light inside to allow some of the world outside to seep in through the windows. “There’s some idea that London is bleeding both ways,” explains Dufty, “from the storytellers out to the city and in again.” In many ways, the old Victorian town hall is the perfect location for this evening of urban storytelling; as Dufty suggests, London Storiescontinues in the building’s tradition of democracy, activism and community.

The stories themselves range from the heart-lifting to the heartbreaking. Dufty tells me that many of the narratives are deeply emotional for the storytellers – “it’s partly therapeutic” – but that in even the bleakest tales there is an element of hope and redemption. In selecting and curating the stories that make up the event, Dufty and White have dedicated thought to the texture and mood of the evening, contrasting the melancholy with the joyous. Dufty admits that “the curating job has been, on a very crude level, about mixing the heavy ones up with the lighter ones, the sad ones up with the funny ones”. There has also been a responsibility towards the storytellers, who are committing themselves to a necessarily exposing series of encounters by sharing their own experiences.

For all his talk of honesty, however, Dufty acknowledges that through the repeated telling of these stories, they will inevitably be transformed into a kind of performance. No matter how intently we tear away at artifice, a thin layer will always remain. Despite his instinct to reach for the real, Dufty cautions that “we shouldn’t be naive about ever being able to reach it”, adding “there are always masks”. But this should not stop us from reaching nonetheless. “Whilst you recognise that getting to absolute honesty is impossible, the pursuit of it is beautiful – the honest, genuine pursuit of it is a beautiful and very human thing.”

While unadorned honesty might be impossible, what London Stories – and intimate performance more widely – does have the potential to do is delicately reconfigure the theatrical contract. In these surroundings, there is a sense that the audience is indispensible and that the event itself “doesn’t feel too pre-determined”. And as Dufty emphasises, there is something fascinating about this not just theatrically, but also politically. “Things don’t have to be like this. It could be different.”