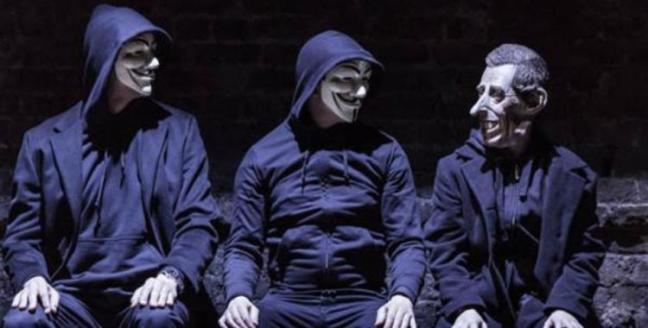 It is apt that King Charles III, Mike Bartlett’s brilliantly ambitious “future history play”, is opening in a week that has seen newspapers plastered with photographs of the Royal Family. As William, Kate and baby George embark on a tour of New Zealand, the media fascination would suggest that the monarchy is far from unwanted. If anything, their stock is up. But does the ceremonial head of state really have any role to play in how we define ourselves as a nation in the twenty first century? Or is monarchy today nothing more than a brand, with Wills and Kate as its glossy poster boy and girl?

It is these questions, and a wide assortment of others, that King Charles III thoughtfully and entertainingly poses. The play opens in the near future, at the funeral of the long-reigning Queen. After a lifetime of waiting in the wings, Charles is finally out of his mother’s shadow and thrust into the glare of the spotlight. But while, as he puts it, “potential holds appeal”, the long-awaited throne is a formidable prospect. Barely hours into the job, Bartlett has the tragic figure of Tim Piggot-Smith’s stubborn Charles take issue with a privacy bill that lands on his desk for royal assent, refusing to sign as a matter of conscience. With the wavering of a pen, a whole nation is suspended in uncertainty, poised between the collapse of Parliament and the overthrow of the monarchy.

Bartlett’s deliciously smart invention is as much about our theatrical heritage as it is about the threatened traditions of monarchy. Taking Shakespeare’s histories as its model, the play’s form is wrapped up in the same contradiction as our Janus-like nation: both new and old, looking backwards and forwards at the same time. His script is a witty amalgam of Shakespearean rhythms and sharp modern colloquialisms, threaded with light allusions to some of the Bard’s greatest hits. We get unyielding royal ambition, a free-spirited, Hal-esque Prince Harry in the form of Richard Goulding (who just wants to live like common people), and a Kate (Lydia Wilson) whose backroom manoeuvring has more than a hint of Lady Macbeth – even if her weapon of choice is more Dolce and Gabbana than sharpened dagger.

Rupert Goold’s assured production is cast in the same mould, delicately attuned to its Shakespearean echoes. History is subtly inscribed on Tom Scutt’s simple set, which marries candles, a wide dais decked in plush maroon carpet, and a fading mural of faces that hugs the exposed brickwork of the Almeida’s curving back wall. The figures who anxiously pace under the glare of these painted eyes have all the poise of Shakespearean heroes and the polish of modern politicians, flitting with ease between elegant blank verse and slick press conference spin. And there’s a glorious bit of Bard spoofing (and Daily Express baiting) with the ghostly appearance of a black-shrouded Diana, a contrivance that is both utterly ridiculous and absolutely faithful to the logic of Bartlett and Goold’s chosen form.

It’s often said that retellings of history reveal more about the time they emerge from than the era in which they are set; the same can be claimed for visions of the future, which have a habit of reflecting contemporary anxieties. Perhaps, then, Bartlett has found the perfect form for grappling with some of the doubts clouding our immediate national horizon. With the referendum for Scottish independence looming, British identity is suddenly up for grabs, and with it the whole hodgepodge of tradition that makes up our national character. King Charles III might not offer any answers, but it’s a compelling start to a fresh national conversation about monarchy, democracy and that most elusive and problematic of qualities – Britishness.