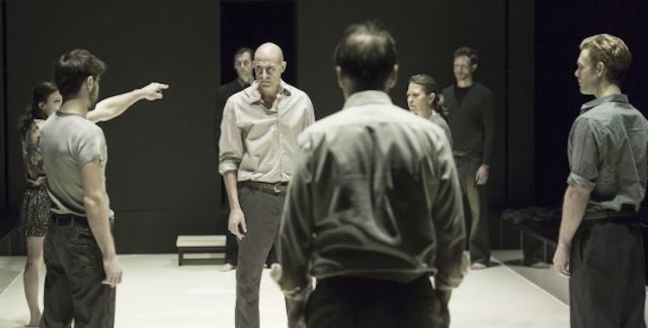 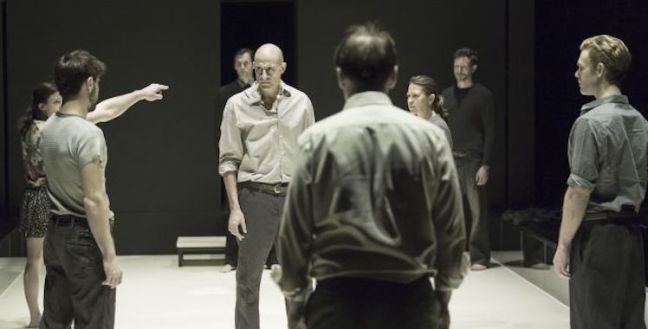 Another morning, another angry-making article about theatre criticism. Today’s harbinger of doom is Tim Walker, recently axed former theatre critic of the Sunday Telegraph, bemoaning “a bloodbath among my fraternity” (what a telling choice of words there). You can probably save yourself the depressing read and guess the gist of what he’s complaining about.

Loathe as I am to treat Walker’s opinion with the seriousness that a response implies, there’s a grain of something in his article that I worry goes deeper. There’s plenty in it to get the blood simmering: the quoting of an anonymous theatre impresario’s dismissal of “young, spotty” critics, the barely veiled contempt for online writers, the suggestion that the Daily Mail “takes theatre criticism seriously” (ha!). As a young and, yes, often spotty theatre critic (my skin doesn’t seem to have received the memo that I’m 25), it’s hardly surprising that I’m a bit irked by it. But there’s one sentence in particular that had me fuming over my breakfast this morning:

“The fact is the serious newspapers and the theatres have the perfect relationship because the demographics of their respective clients are pretty much identical: middle-class, affluent, and, of course, getting on a bit.”

Is this what theatre criticism is supposed to be about? Selling pricey cultural products to the middle-class and middle-aged? Obviously, I don’t think so. But I worry that the picture Walker paints here is not solely his own. This, for many people, probably is what theatre criticism represents: something distant, cosy and irrelevant, hawking a few more tickets for that West End show with whatshername off the telly in it. And it’s not a kind of theatre criticism I really want to be part of.

Also slightly enraging, but on a much more manageable scale, were Sunday night’s Evening Standard Awards. Mostly I think of them as a bit of dressed-up silliness that might better be titled “Most Famous People on Stages This Year”, but it’s still irritating when some of the best productions of the last twelve months don’t even get a look in. Most of my Twitter feed was outraged about the lack of awards for Ivo van Hove’s production of A View From The Bridge, and understandably. Meg Vaughan, however, offered a challenge to those venting their spleen:

“What good is an electrifying night at the theatre if the only effect is to have us all up-in-arms when a bunch of self-serving capitalists on the ‘advisory panel’ at the Evening Standard Awards don’t recognise its greatness as we feel they should? Yeah, they woz robbed. Categorically. But if we can’t protest that decision with anything other than “But… but… but it was just THE BEST innit!” then it’s not worth fucking protesting at all.”

Later in the same post, Meg demands “Why is it important?” And I wonder if that might be a better way of thinking about both theatre and criticism. Why is it important? What does this work of art contribute to the world and my understanding of it? What relevance or impact does it have beyond the plush seats of the auditorium? Why, quite frankly, should anyone bother with this at all?

Because if theatre and the column inches it generates are only really of any interest to the “middle-class, affluent, and […] getting on a bit”, then we might as well hold the funeral now. If that’s the case, then it’s not just theatre criticism that’s dying, it’s theatre too.

Luckily, I think we can put the brakes on the hearse for now. When I look back over the last year, that question “why is it important?” still has an answer. Because an astonishing student production of Road – a play I previously associated (and not flatteringly) with GCSE Drama – made me really fucking furious about the legacy of Thatcherism and the coalition government of today. Ditto Beyond Caring, the washed-out, bleakly hyper-naturalistic aesthetic of which I still think of every time I get angry about zero hours contracts. Because I went on a protest march and found myself thinking about Hannah Nicklin’s A Conversation with my Father. Because I saw three other shows about activism that made me want to take immediately to the streets. Because This Is How We Die made me feel like I’d burst right out of my skin and still gives me tingles every time I think about it and everyone deserves an experience like that. Because I struggle to imagine any kind of therapy more effective than the morning I sobbed and smiled my way through Every Brilliant Thing in Edinburgh feeling as though it was made just for me in that particular moment. Because for a fleeting pause during Am I Dead Yet? I stared the thought of death right in the eyes.

I could go on. But the great thing is, I don’t really need to, because there are loads of brilliant critics out there writing about theatre as if it actually means something. As if it might just be important. And yes, there are problems for us to face and questions for us to answer. At the moment, I very much doubt that this blog or any of the other online platforms I write for reach any of the people who I really want to convince that this stuff matters. But acting as though it matters is a start. And if newspaper criticism as Walker sees it is just about serving a privileged, ageing minority, reinforcing in the process the idea that theatre is not really “for” the majority of the population, then perhaps it’s not such a loss.

7 thoughts on “Why is it important?”