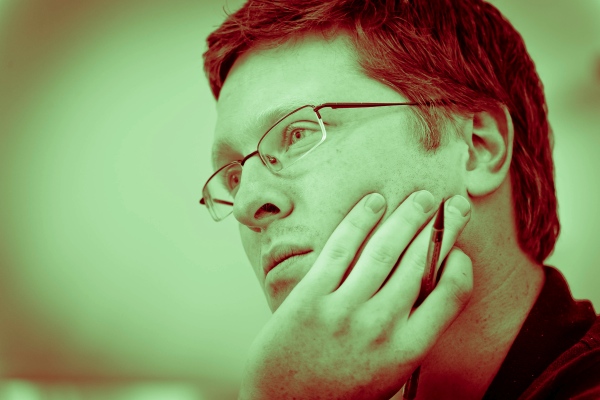 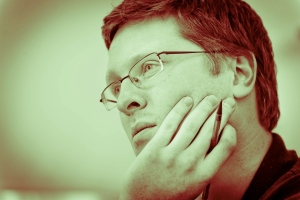 Coming from a showbiz family, for all its downsides, certainly has the odd advantage. While Tom Attenborough, son of Almeida Theatre artistic director Michael and grandson of Richard, backs away from assumptions that directing was a natural career path for him, he does admit, “I was very much exposed to theatre when I was younger”.

The young director, runner-up for the JMK Award in 2011, describes going to the theatre a “huge amount” when he was growing up and remembers theatre being spoken about frequently at home, an influence that has undoubtedly shaped him. But he is also keen to emphasise that “theatre was always very much something that I felt I was passionate about”. Musing about the beginnings of his career, he says, “I sort of fell into it and I don’t know how much was my upbringing and how much was just me and my personal preferences”.

As we discuss this passion for theatre, it emerges that Attenborough’s love affair with the art form was also ignited by the National Theatre’s production of Mourning Becomes Electra, directed by Howard Davies, who he describes as one of his heroes. “It completely changed my life,” he says, without a hint of exaggeration. “It just moved me and affected me so much, even at a young age. I was astonished by the power of theatre as a social event and how it could change hundreds of people in one event.”

Attenborough originally wanted to be an actor, but he reveals that university prompted the “gradual realisation” that he was not good enough to pursue acting as a career. Cambridge, however, was also where he discovered his love of directing when a friend wrote a short play and asked him to direct it. He explains that it was while working on this student production that he realised “there was nothing else that I enjoyed as much or felt as passionate about”.

Since leaving university, Attenborough’s early career has been peppered with assistant directing credits, several of them on large productions. What have these experiences taught him? “Assisting has been where I’ve learnt a lot of my craft,” he tells me, going on to talk about the learning experience of touring with Headlong’s Earthquakes in Londonand his introduction to the West End while working on Butley. “Just watching and working with different directors, different actors, different companies has taught me a huge amount.”

Another learning experience for Attenborough has been the discovery of how difficult it is to stand out as a new, young director. It was this difficulty, he explains, which indirectly led him to set up his theatre company Rhapsody of Words when he wanted to put on Neil LaBute’s play The Shape of Things. “The difficulty was that it had been done before,” he says, “and I didn’t just want to do another run of the mill production.” Attenborough’s solution was to stage the play in the unusual space of The Gallery Soho.

“I started to think about the role of space in theatre today and how we approach it,” he goes on to say. “It’s interesting that a lot of the most successful theatres in London at the moment are in buildings that weren’t initially built as theatres, the Donmar Warehouse being a prime example. Through thinking about that, I wanted to explore a type of theatre that isn’t necessarily site-specific and doesn’t have to integrate the space into the show, but where the space informs the play and makes the audience see it in a new light.”

Venue is also central to Attenborough’s current project, a revival of Conor McPherson’s play Port Authority staged in the Southwark Playhouse’s Vault space. “The amazing thing about the Vault is that it’s so atmospheric,” Attenborough explains. “You walk in there and you can feel the hairs on the back of your neck stand up.” For this very reason, he is keen to let the space speak for itself and is being careful not to do too much to the already evocative setting. This minimalist approach is one that feels appropriate for Port Authority, an intertwined narrative of three monologues that Attenborough loves for “its simplicity and its humanity”.

I suggest that perhaps directing a play that consists purely of monologues is a challenge, a question that provokes a divided response from Attenborough. “It’s easier in some ways in the sense that I don’t have to worry about things like blocking and staging,” he says, “but in another way it’s very difficult because you don’t have actors feeding off each other. I think it has its challenges. It’s about cracking the technique behind the monologue and how to make it as interesting and dramatic and engaging as possible. Once you’ve found that attitude, it’s just about making sure that the story is as clear and as exciting as possible, which is what I do in any show.”

Although projects like Butley and Earthquakes in London are clearly career highlights, along with Rhapsody of Words’ production of The Shape of Things, Attenborough struggles to name a favourite directing project to date. “I’ve enjoyed every job I’ve done in different ways,” he enthuses, and you cannot help but believe him. He also has plenty more to look forward to this year, including directing a new play by emerging playwright Rob Hayes at the Trafalgar Studios in April. But what are his goals for the long term?

Unsurprisingly, I am not the first person to want to know where Attenborough sees his career heading. “It’s a question that you get asked a lot as a young director,” he laughs. Although he says that he is primarily attracted to work that “excites” him, Attenborough does admit that he would eventually like to rise through the ranks to the position of artistic director. “One day I’d love to be part of a building and possibly even run a building,” he tells me. “I’d love to experience how that side of theatre works.”

It is clear from these aspirations that Attenborough is not lacking in ambition. His overriding aim, however, is one of creative satisfaction rather than prestigious status, concluding on the same upbeat note that has prevailed throughout our chat. “As long as I’m doing plays that I really care about in places that I care about with fantastic and talented people, I’m sure I’ll be happy.”