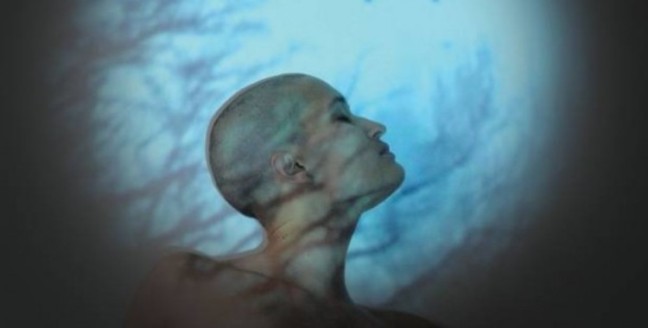 Who decides what makes art good? This nagging, age-old question was recently posed once again in the first of Grayson Perry’s Reith Lectures and was met with a multitude of answers. While debates about the categories of “good” and “bad” are far too knotty for a single piece of writing to untangle, one thing we can agree on is that critics tend to fall within that circle of cultural arbiters. So how do we distribute our approval? And what do we take into consideration when making those value judgements?

Around the same time as Perry was delivering his Reith Lectures, BBC Radio 3’s Free Thinking Festival held an event asking ‘Are Audiences Killing Culture?’ No doubt the title was meant as a provocation rather than a serious suggestion, but the very fact that this question can even be posed says something about how our culture assigns value. If audiences become the enemy of culture, then who is that culture ultimately for? And without an audience, how will it survive?

If art as the beleaguered, exclusive realm of the few sits in one corner, then perhaps opposite it is art that embraces its audience not only as spectators but as co-creators. Increasingly, works of contemporary art and theatre are being made with audiences as well as for them, recruiting participants to actively shape the final artistic material. Here the process is just as important as the product – indeed, for those who take part, it might be more important than what they eventually produce. But this, of course, presents a problem for the critic.

In a controversial essay published in Art Forum in 2006, Claire Bishop challenged the assumed political efficacy of the relational and participatory practices that she saw gaining momentum in contemporary art. In this article, she suggests that these practices are “less interested in a relational aesthetic than in the creative rewards of collaborative activity”, resulting in value judgments that ignore artistic criteria in favour of praising the work’s social and political ambitions. In response to this work, Bishop witnesses a problematic “ethical turn in art criticism”, one that she would see replaced with a more critical and interrogative discourse.

While Bishop has brought such arguments to the fore of art criticism, participatory theatre has not been subject to quite the same level of discussion between critics. As an art form, it also deserves its own theory and vocabulary; the huge difference between visual art and theatre, of course, is that theatre is a live experience that is not so easily reduced to a pure commodity, bringing process and product closer together in that sense. Lyn Gardner, one of the few newspaper critics to meaningfully engage with what is variously labelled as community, applied or participatory theatre, argued that we should not patronise this work by focusing too heavily on its social efficacy. Asking whether a critic should take the process into consideration when reviewing work of this nature, she concluded that “if the project has a theatrical manifestation – if an audience is invited and critics too – then it has to be judged on the basis of the performance”.

But this penetrates deeper than relational art practices or community theatre. As critics, are we always judging a final product? Does the process even matter, or is that not our concern? And if we do focus our attention purely on a finished performance and its supposed fixity, are we in some way complicit in commodifying that performance in a way that runs counter to the social potential of the live moment?

These are questions that I find myself repeatedly returning to as I engage in conversations with London Bubble about their latest intergenerational show. From Docks to Desktops has been collaboratively created by its participants, who have gathered experiences of working life from their local communities over a number of months. The resulting show, stitched together from these various stories, reflects the socio-economic shifts in a specific area of London and its impact on the people living there; it is, essentially, a community discovering and telling its own stories.

While thinking about From Docks to Desktops, I was fascinated to see a conversation between critic Matt Trueman and theatremaker Rajni Shah about her project Glorious,which involved a different group of participants in every area it visited. Trueman initially had what he described as an “allergic reaction” to Glorious and decided not to write about it, but after being approached by Shah he entered into a lengthy dialogue about his problems with the show. Throughout this conversation, Trueman is remarkably honest about his own habits as a spectator, while Shah admits that initially her main focus for Glorious was the participants rather than the audience. As she recognises, the participants get a week with the show, whereas an audience’s time with the piece is strictly limited and therefore they need a way into it. They need, perhaps – just as Trueman arguably needed – an appreciation of the process.

The process of From Docks to Desktops is inscribed in its performance. It is performed by the same participants who helped to gather the material that forms the piece and it is framed by the act of interviewing. This strikes me as a canny choice, allowing audiences that way into the stories being told, while at the same time allowing an appreciation of the work simultaneously on the levels of process and product. It also builds space for the encounter with its audiences – many of whom, of course, will be from the area it is concerned with, and some of whom will have contributed their stories to its creation.

The question of assigning value to this performance, however, will still prove tricky. Is the success of its process alone and the community of people it has brought together enough to make it “good”? Does that little moment of magic glimpsed in a rehearsal or a scratch performance contribute towards a positive judgement? Or does everything rest on one, supposedly final iteration of this collective story? And, to look at it yet another way, should the critic’s role in assessing work like this even be to pronounce an authoritative “yay” or “nay”? Is there not another shape the critic could adopt, as the initiator of conversations around this work?

Talking about theatre rather than speaking theatre, as Maddy Costa so brilliantly puts it. As for all the other questions I’ve asked, I’m not sure that I have any answers yet. But it feels as though these are questions that we, like Perry, should be continuing to ask ourselves. What makes theatre good, who decides, and how do they decide?