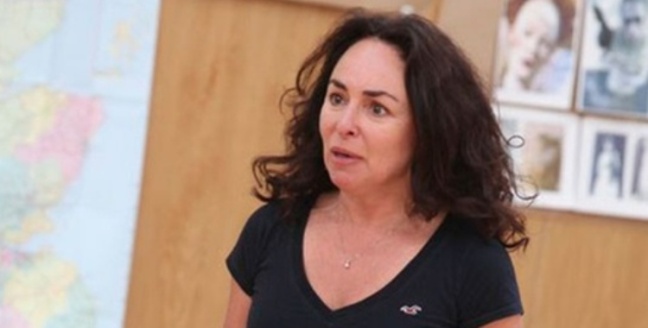 Samantha Spiro has acted in everything from Shakespeare to musical theatre, as well as establishing herself as a familiar face on BBC Two sitcom Grandma’s House. As she prepares to play Lady Macbeth at the Globe, she shares advice on maintaining a healthy career balance and not losing faith…

How difficult was it to make the transition from drama school into the theatre industry?

As far as drama school is concerned, the brilliant thing is that you just get to do lots of plays. I was very lucky that my first job was at the Open Air Theatre at Regent’s Park, so I continued in a similar vein. In those days you got to do two Shakepeare plays and a musical, so I played Third Witch in Macbeth and Peaseblossom in A Midsummer Night’s Dream and everything from a canary to a courtesan in The Boys From Syracuse, which was the musical.

It felt very much like the old days of rep, which I never experienced because there were very few theatres still doing it. I was very lucky to have those opportunities to get into that kind of environment very early on.

You have described the role of Barbara Windsor in Cleo, Camping, Emmanuelle and Dick as one of your big breaks. What impact did that production have on your career?

Because it was at the National [Theatre] and we filmed it, it had the knock-on effect of opening doors. But it didn’t feel like it at the time, it didn’t feel immediate. I don’t feel there’s been any one moment in my life where suddenly everything’s burst into technicolour and everybody has been knocking at my door. It’s been more slowly-but-surely.

How do you maintain a balance between theatre and television work?

I felt for many years that theatre was my main source of employment. But in the back of my mind I knew that there probably was a better balance. Although the worlds do feel very separate, I think that the more you’re seen on television, the more people want to come and see you in the theatre, and the more chances of you getting better roles. It’s only really in much more recent years that I feel as though I’m doing a bit of both. I absolutely love it, but I’m always eager to get back to theatre.

Is there added pressure with taking on an iconic role like Lady Macbeth?

It is an iconic role, but I think you just have to free yourself of those pressures. Most of my favourite actors have played this part brilliantly, but when you come to it you’ve got to think of it as a new play and pretend that nobody’s played this part before, because otherwise you do drive yourself mad and you’ll lose your nerve.

Do you have any advice for young actors?

Try and work as much as you possibly can and try and create as much as you possibly can. If the acting work isn’t coming in then keep active by writing or by trying to get in on the production side of things. Just keeping at it if you’re passionate about doing it is the best thing, because there’s no logic. As long as you’re part of the business, I think things can happen at any moment. To not lose faith.

In Focus: Creating a back story for Lady Macbeth

Joe Millson – who’s playing Macbeth – and I agreed very much on what our back story is. The back story for us is about having had a child who died within the first few weeks of its life.

I’m approaching playing Lady Macbeth as a woman who had post-natal depression and had evil thoughts about her baby, and then the baby does die, so she’s left with this huge, gaping hole in her life. And her husband feels guilt towards her and wants to try and help her out of this.

Going through birth, going through post-natal depression, and then going through the loss of a child has left her with a chasm to fill. That then gives me the springboard or catalyst for what happens in the play.