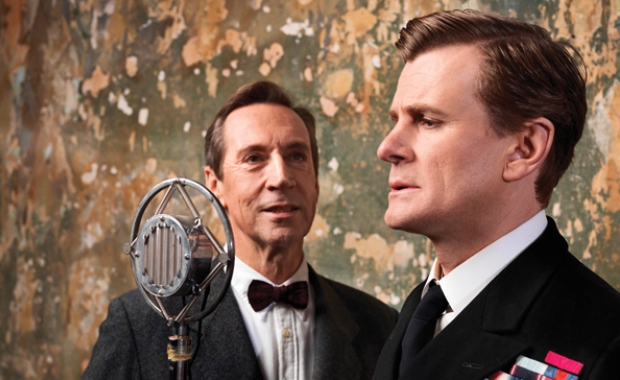 The burden of expectation does not come much heavier than when laden down with four Oscars. Adrian Noble’s stage production of the David Seidler script that became a surprising jewel in the crown of British cinema has a lot to live up to, but it approaches this now familiar subject matter with a stylish and almost dogged assuredness, seeming not to suffer from the same tongue-tied difficulties as its protagonist.

Set in the years surrounding the Edward VIII abdication crisis, the play, like the film, follows the relationship between George IV – known as Bertie – and his unconventional Australian speech therapist Lionel Logue, as the pair attempt to overcome Bertie’s inconvenient stammer. While superficially about the less than thrilling subject of speech therapy and less superficially about one man’s personal struggle, this is more meaningfully about responsibility, personal conflict and the nature of the relationship between monarch and subject.

In Bertie’s eyes – at least the Bertie of Seidler’s imagination – a king is there to serve his people just as much as, if not more than, they are there to serve him, an interesting notion of mutual obligation. Such ideas of duty are less important to Daniel Betts’ selfish, sneering David, who is almost more unpleasantly selfish in this depiction than in the film. Following the death of his father King George V and the concern surrounding his mistress Wallis Simpson, he is shown to care for nothing but ‘that woman’ and to expect the country to bend to his whims, a situation of crisis that makes it ever more important for Bertie to find his voice.

Personal motivation versus public duty is also a particularly fascinating battle in light of the story’s political context, which is foregrounded more than in the film but could still be explored further. In a precariously positioned Europe which is, as we are reminded, divided between the two extremes of communism and fascism, where does a monarch fit into the political picture? This is a question which is not really broached by Seidler’s play; the rumbling approach of war serves more as a backdrop for Bertie’s trials and as an agent of urgency than as a topic of historical investigation in itself. When Bertie finally gives his triumphant speech, accompanied by stirring strains of Elgar, historically ill-informed audience members could be forgiven for thinking that this was a deciding factor in our eventual victory.

There is room, however, for some compelling performances. The excellent Charles Edwards is a frustrated, engaging and very human Bertie; his whole coiled body seems also to stammer when he struggles to get his words out, while in another, unguarded moment he displays charming, almost childlike fascination with a model plane. Similarly rich is Jonathan Hyde’s warmly humorous performance as a wonderfully rebellious Logue, caring not a bit for royal etiquette, and there is strong support too from Emma Fielding as a feisty Queen Elizabeth. Anthony Ward’s clever revolving picture frame set, meanwhile, is a star in its own right, by turns framing moments of history and acting as a physical barrier between two men from very different worlds.

There is no doubt that Noble has created eminently watchable, entertaining theatre. It could be argued that entertainment is enough, but when examining such an intriguing chapter of history it is a shame that more of its nuances have not been investigated, a depth of exploration that could have set this stage production apart from its big screen sibling. It is even worth pausing, nit-picking as it may be, to ask whether this stage version is wholly necessary. With the film still fresh in the nation’s collective memory, what purpose is this production serving? Seidler’s script may have started life as a play, but it hardly needs to return to the stage for legitimisation. Likewise, Noble’s incarnation is slickly enjoyable, but it is not quite powerful enough in its own right to vanquish the lingering ghosts of Colin Firth and Geoffrey Rush.

I suspect that it might have more to do with the Royal Family suddenly being back in vogue. Royal Wedding fever had us in its thrall last year, we’ve been assaulted with portrayals of Wallis Simpson left, right and centre, this year sees the Queen’s Diamond Jubilee, and interest in the royals as individuals has rarely been greater. Noble’s first striking image, of a naked king facing the mirror and seeing his royally attired reflection staring back at him, says it all. It is this contrast between the public, trussed up image and the exposed human being beneath, so perfectly realised in Edwards’ Bertie, that sustains the nation’s interest in the Royal Family and ensures that this story continues to capture the imagination.