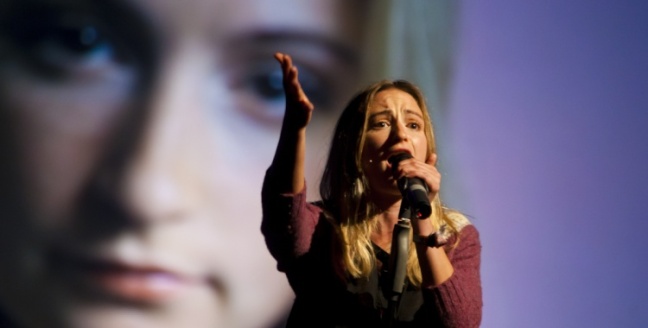 Look at the programme of any regional receiving house and the line-up is typically scattered with popular musicals, famous faces and hits touring out of or into the West End. But beyond these crowd-drawing headliners, touring is often difficult for other areas of the UK theatre industry.

For those artists and companies working slightly below the radar, without big names or familiar shows to pull in audiences, touring is becoming an increasingly challenging and expensive activity. As everyone feels the squeeze on their funding, touring companies get hit twice, as struggling venues can no longer afford to pay guarantees and instead shift the risk onto those bringing in the work. It is difficult to build a relationship with audiences where engagement is often shallow and fleeting, while theatregoers with shrinking budgets are leaving it later and later to book tickets.

As I discovered in the process of researching a report for theatre producer Fuel, challenges faced by the non-commercial touring sector are manifold, but one particular area of difficulty is around the notion of collaboration – or lack thereof. Many touring companies express frustration about the reluctance of venues to cooperate on marketing strategies and share information about local audiences, with the level of collaboration varying wildly from theatre to theatre. At the ITC’s conference in February of this year, meanwhile, the difficulty of accessing audience data was identified as one of the key barriers for UK touring.

“We don’t always have access to audience data from all the venues,” explains Hanna Streeter, an assistant producer with Paines Plough, “so it makes it difficult for us to build relationships with those audiences.” This same frustration is shared by Jo Crowley, the producer of theatre company 1927, who identifies “how tricky it is as a company to access information around your audience” as one of the primary challenges of touring. Somewhere along the line, relationships between companies and venues are breaking down.

There are, however, those working towards a solution to these problems. Fuel’s New Theatre in Your Neighbourhood project, one of a number of initiatives funded through the Arts Council’s new Strategic Touring Programme, offers one possible model. As part of their aim to strengthen relationships with audiences on tour, the theatre producers are hiring local engagement specialists in each of the areas they visit, who then act as Fuel’s main presence in that region.

These individuals, chosen for their knowledge of the local community and its arts ecology, can serve as a central point to bring together more collaborative relations between Fuel and the venues they work with. In the project’s assessment, this approach and the “camaraderie” it created was identified as one of the key achievements of New Theatre in Your Neighbourhood’s initial six-month research phase, shifting the way in which the way in which the venues in question work with visiting companies.

Going hand in hand with the need for audience data, a number of producers stress the importance of trusting in venues’ knowledge about those who attend their performances. For English Touring Theatre, who are also being funded by the Arts Council’s Strategic Touring Programme to support the roll-out of quality large-scale dramas to regional receiving houses, this is central to the success of their scheme. “Issues with touring, I think, come down to the fact that you’re dealing with such different venues,” says associate producer Caroline Dyott. “It is not the case that one size fits all and so we just slightly have to acknowledge that and trust venues to know their audiences.”

Streeter agrees, explaining that Paines Plough are using their Strategic Touring grant from the Arts Council to build a sustainable base for small-scale touring in close partnership with venues. “It’s a challenge for a touring company to understand the audiences in all of the different places that they’re going to,” she acknowledges. “That’s where the collaboration with the venue is really important, so we don’t just feel like we turn up, we do a show, we leave; we want to have a relationship with the audiences in all the places that we’re going to.”

This sharing with theatres can go both ways, as Crowley suggests: “There’s a huge intelligence and resource that touring companies have that would be really interesting to share.” Instead of acting like competitors, venues and companies might be able to learn more about their respective audiences from one another. Crowley adds: “There needs to be a better conversation between venues and funders and companies about how we work better to collect the information we need and to nurture our audience collectively.”

As Crowley points out, central to the success of these collaborations is a shift in attitude to view the audience as a shared audience. In many cases, this is a shift that is already taking place. Streeter explains, “we’re working with the venues on how we can support them and help them to grow audiences, not just for Paines Plough, but for other touring companies and for the venue and for new work in general.”

Fuel’s co-director Louise Blackwell agrees, expressing her hope that the work Fuel are doing will provide benefits “not only for what we produce but for the wider theatre landscape”. Through closer collaboration and a recognition that venues and companies are ultimately working towards the same goal, perhaps the challenges posed by touring can be collectively overcome.